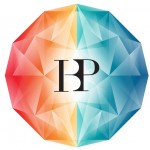 Just before Christmas we achieved a critical milestone, having delivered the final batch of circuit boards for use in The Human Brain Project (HBP).  The HBP has to be one of the most interesting initiatives we’ve been involved in. It’s a £1bn 10-year project which aims to revolutionise our understanding of the human brain.

We were honoured to be chosen to participate in the HBP.  Not only is the project fascinating from a computer science point of view, it also has the potential for a wide variety of scientific and medical advances, including helping people who suffer diseases of the brain.

To date, our involvement has been to manufacture 1,000 specially-designed circuit boards for researchers at Manchester University who are contributing to the HBP.

The 48-chip circuit boards were commissioned by the Advanced Processor Technologies Research Group at Manchester University and funded by the UK Engineering and Physical Sciences Research Council (EPSRC). They will be used in the development of SpiNNaker, a novel computer architecture which mirrors the parallel processing capability of the human brain. Conventional computing is based on a series of sequential actions, one following another, rather than a multitude of simultaneous operations.

The first batch of circuit boards went into production in June last year, with the last remaining batch delivered just before Christmas. Completing the manufacture of the circuit boards was an important milestone and allows Manchester University to progress to the next stage in its development of the SpiNNaker computer as part of its wider contribution to The Human Brain Project.